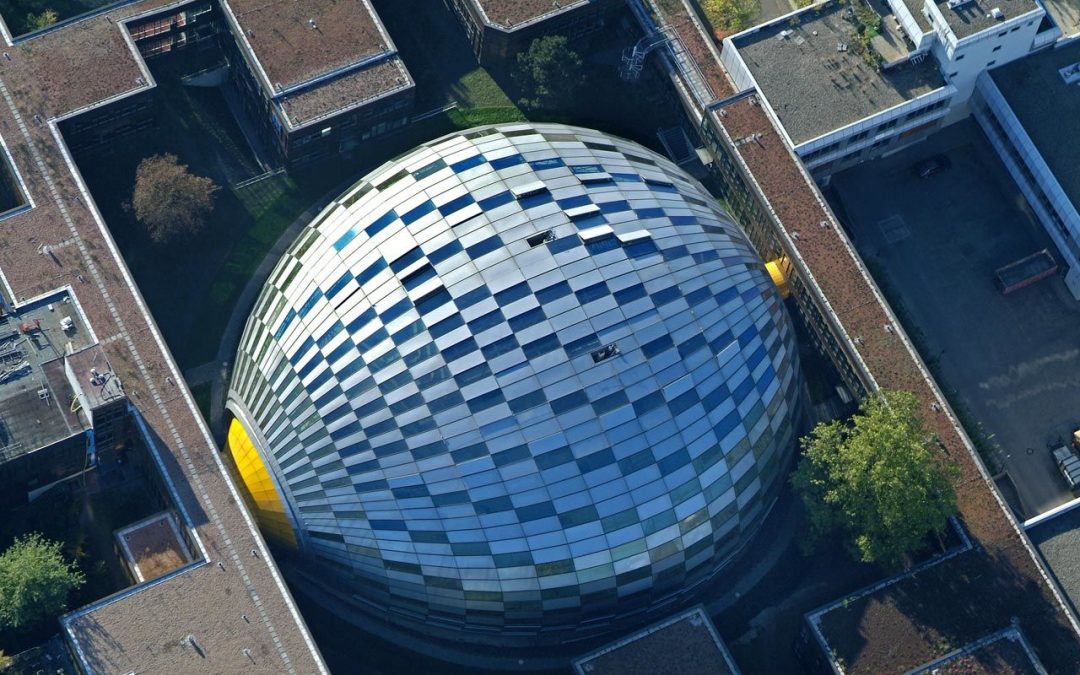 Berlin is a city with a very rich dated back history. The urban layout of the city is a ground to many notable, prominent and influential architectural wonders. The post-modernist architects did not realize the essence of this city until the late 80s and used this to their advantage by amalgamating the classical architecture into new form defined with sustainability.

Architects behind the plausible wonders

The architects responsible for this metropolis growth are none other than the famous David Chipperfield who won his project for the reconstruction of the Neues Museum after its destruction in the world war. Helmaut Jahn for his marvelous design of the sony center, Marie Elizebeth’s work on Leuders-Haus, Frank Gehry for his remarkable design of DZ bank building constructed in 2000, Daniel Libeskind for his iconic Jewish museum on Lindenstraße 9-14, 10969 Berlin, Rem Koolhaas for his endless search to find a link between technology and humanity in his work and many other who pushed the historical boundary to produce inspiring works as a landmark for the world to reminisce in Berlin. Apart from the typical iconic buildings in Berlin, there is so much innovation that has exhibited in the recent years which not only acted as a catalyst for Berlin’s development but also changed the way people look up to Berlin now. 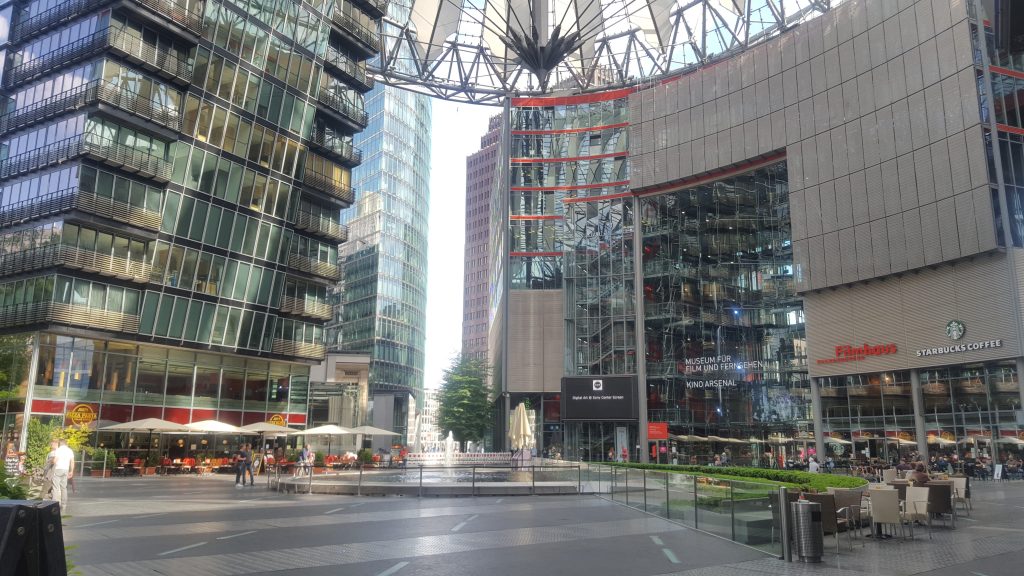 Remarkable determination by Foster and partners

The Freie University library is one such example designed by Norman Foster. The building is well known by the name “Berlin brain” which opened its door for public in 2005. The library is a beautiful example of a concrete structure embedded with punctures for appropriate light intake creating adequate amount of brightness within the building. The architect designed the building to use 35% less energy compared to a normal building the same size. Apart from the architectural marvel, library is well known for its micro climate through wind circulations and heat intake from the surface to make the environment comfortable for its readers. 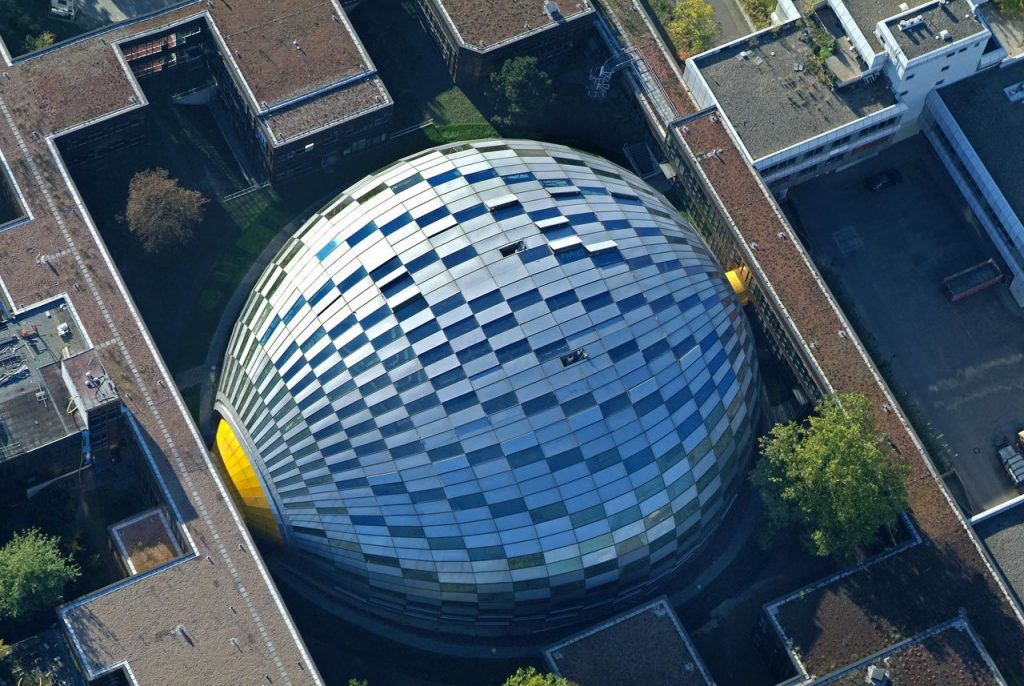 Berlin Brain by Norman Foster (Photo by Foster and Partners)

The German parliament (Reichstag) is a great example of an exemplary work by Foster and partners in Berlin. The parliament marks to be one of the identity of the city, and how it was redefined by the architect is amazing! After many controversies dated back in history, the building was completed in 1894 with the new-classical design. Unfortunately, the parliament was severely damaged after the World War II and architects around the globe were called in to restore or redesign the building. This is when after many rounds of competition and critiques, Norman Foster won the competition and restored the dome of the Reichstag in a way which was an identity of its own. Now, the dome is a part of the parliament building, but the art of the architect can be seen by the fact how he connected the history of the German parliament, restored it with its ethnicity and evolved it with the same feature (dome) which is not only a treat for the eye but a monument for the public to visit. 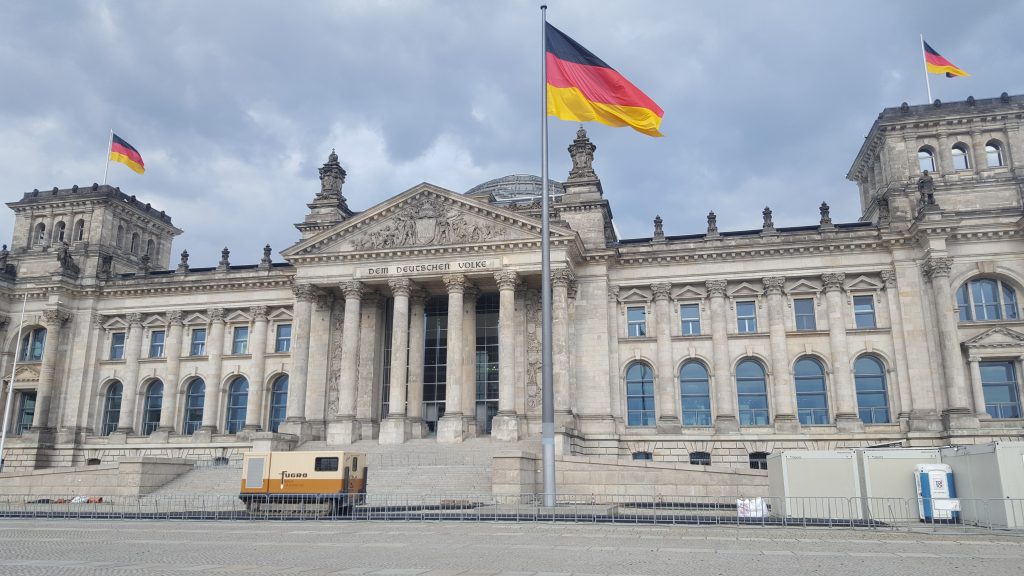 The glass dome not only a new identity for the Parliament but is equally sustainable as solution by the architect. The dome is a source of ample light and ventilation for the whole building. The central mirrored core further enhances the effect. The central dome is accessible through a comfortable ramp for the people not only to explore the architectural wonder but also have a glimpse of the beautiful Berlin city. There is a designed mechanism fitted in the dome which tract the sun movement and block the direct sun glaze keeping it comfortable or the users. One of the main highlighting facts about the Reichstag is that it runs n renewable bio-fuel and refined vegetable oil which is far better than the burning of the fossil fuels. These added features makes the building not only visually striking but also outstanding sustainably.

The great GSW Headquarters by Sauerbruch and Hutton Architects 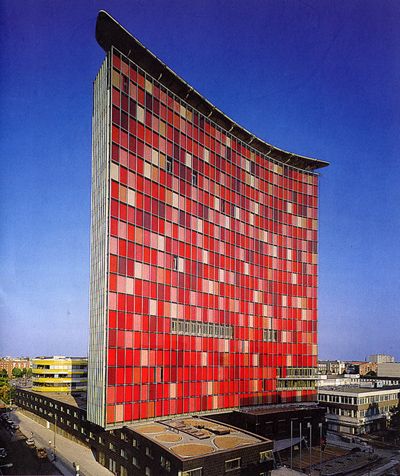 GSW headquarters is added in the list of such marvels which changed the urban layout for Kreuzberg due to its outstanding concept of energy saving. The building was designed by Sauerbruch Hutton which was finished in 1999. The façade of the building is not only a visual attraction for most, but designed via technology of automated shading panels with vibrant colors to manage the solar heat gain within the building. The building has been strategically oriented by the architect to intake the winds from the east and outlet through the west so that the corridors can be kept well ventilated.

With these bold design concept, strategies and technologies embedded in the architecture, the architects made Berlin not only “a beautiful capital” but also a very sustainably one. The liberally to infuse so many thoughts in a building by engaging people with various expertise like structural engineers, renewable experts, sustainable measures, they took the identity of the city to a whole new level which is now a home to the best renewable knowledge institutes with an example of such architectural wonders.

Are you interested in experiencing Berlin and its urban structures focusing on sustainable buildings, contact us right here.

Amazing bike and walking tours in Copenhagen, Malmö and Berlin focusing on the green and sustainable city.